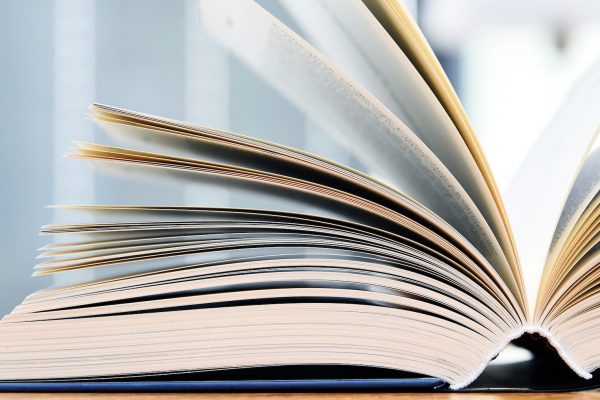 All professions and fields of study develop their own unique vocabulary, and the area of criminal justice is no different. Some of these terms have entered widespread use thanks to shows like Law and Order and Criminal Minds, while other words are more obscure. Understanding some of the language of criminal justice can help you to understand what you’re seeing in TV shows like these as well as what you might see or experience if you ever find yourself needing to go to court yourself.

The criminal justice system consists of government agencies and institutions that work to prevent crime, support victims, and ensure that those who are guilty of crimes face the consequences of their actions. There are three main parts to this system: law enforcement agencies, such as local police units and the FBI; the courts and the attorneys who work in the court system; and the correctional system, including institutions like prisons and probation offices. These distinct parts work together to maintain the rule of law. Each piece contributes to the unique vocabulary of the criminal justice system.

Accused: Someone charged with a crime who hasn’t yet had a trial

Admissible Evidence: Only evidence that is relevant to the charges against the accused and considered to be adequately reliable will be admitted to be viewed in court. The judge determines if the evidence is relevant either during pretrial hearings or during the trial at an attorney’s request.

Affidavit: A signed written statement that the writer swears is accurate and correct

Appeal: Either prosecutors or defense attorneys may ask a higher court to resolve an issue with a trial judge’s ruling.

Arrest: A proper arrest is one in which the officer carrying out the arrest has probable cause to believe that the person being arrested has taken part in criminal activity. A judge or magistrate can also issue an arrest warrant after finding probable cause.

Bail Hearing: Some jurisdictions refer to this as a bond hearing. It’s a post-arrest, pretrial hearing at which the judge decides if the defendant is eligible for bail and, if so, what the amount will be. Additionally, the judge might set conditions (like not contacting victims or witnesses) the accused must comply with while free on bail.

Bench Trial: In a bench trial, the judge hears the case and renders a verdict instead of a jury.

Beyond a Reasonable Doubt: Juries or judges must decide that the evidence against a defendant shows that the person is guilty beyond a reasonable doubt to return a guilty verdict.

Burden of Proof: During criminal trials, the innocence of the accused is assumed; the burden of proving the accused guilty falls to the prosecution.

Change of Venue: Cases with lots of publicity are sometimes moved to another county or district, which is called a change of venue. A change of venue is granted in situations where a fair trial by an impartial jury may not be possible in the original location.

Charge: A formal accusation that a particular person has committed a specific crime

Contempt of Court: When someone does not comply with a court order (for example, they don’t come to court after they receive a summons), they can be charged with contempt of court.

Conviction: When the court, either the judge or jury, decides that the accused is guilty of the crime for which they are being tried

Count: Each offense a person is being accused of is a count, and each count must be listed in the complaint or indictment against them.

Cross-Examination: When the defense questions a witness who has been called to testify by the prosecution or vice versa

Defendant: Someone who has been formally charged by the court with committing a specific crime

Defense Counsel (or Attorney): According to the Sixth Amendment of the U.S. Constitution, all people accused of a crime have the right to an attorney. These are attorneys who provide criminal defense and are referred to as defense attorneys. Attorneys paid by the state to defend accused clients are typically known as public defenders.

Deposition: A witness statement taken outside of court but in the presence of attorneys (prosecution and defense)

Dismissal: When the judge ends the case for any reason before a verdict is reached

Docket: The formal record of the court proceedings. A “trial docket” sometimes refers to the list of cases to be tried on any given day or in a specified period of time.

Felony: A crime considered severe by the criminal justice system. A felony usually carries a potential punishment of at least a year in prison.

Habeas Corpus: The right of a prisoner to challenge the constitutionality of their imprisonment

Hearsay: A witness’s testimony about things they did not witness themselves or have firsthand knowledge of.

Medicaid Fraud: Wrongful or criminal deception intended to result in financial or personal gain from the exploitation of the USA Medicaid system.

Misdemeanor: A crime considered to be less severe than a felony. Being convicted of a misdemeanor typically carries a punishment of a fine or imprisonment of less than a year.

Motion: An oral or written request by an attorney to the court before, during, or after a trial

Parole: A convicted person’s release from jail or prison under legal supervision. A parole officer oversees them while they are on parole.

Plea Agreement: A deal between the prosecution and the defense that brings the case to a close. Typically, it involves the defendant pleading guilty to a lesser crime that carries a less severe sentence.

Preliminary Hearing: The purpose of a preliminary hearing, held in front of a judge before the trial, is to determine if there is sufficient probable cause for the case to proceed to trial.

Probable Cause: The requirement that there be a reasonable basis for an arrest or a property search

Restitution: A punishment levied against a convicted person ordering them to compensate the victims or court system for costs resulting from their crime

Restraining Order: An order forbidding someone from contacting another person

Subpoena: A court order requiring a person to appear in court at a specific date and time to act as a witness. A subpoena may also be issued to order people or an organization to turn over documents to the court.

Testimony: A witness’s account of the events in question and answers to questions they are asked in court

Voir Dire: The process of questioning the potential jury pool to choose the trial jury

Warrant: An order signed by a judge directing a member of law enforcement to carry out a property search, seize goods or records, or arrest an individual

Workers Compensation Fraud: Wrongful or criminal deception intended to result in financial or personal gain from the manipulation of workers compensation laws and regulations.