We have a proven track record of success in handling over 15,000 criminal cases and are consistently awarded as one of Ohio’s top criminal defense firms. We are highly experienced Franklin County Court of Common Pleas lawyers in Columbus, OH and all of central Ohio. Experience matters when dealing with criminal charges in Franklin County, which prosecutors and judges handle differently on a case-by-case basis. We know what to expect and what to do to get the best result possible. 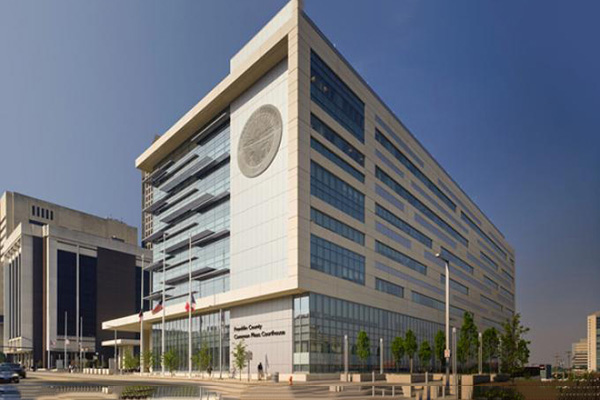 Misdemeanor criminal offenses may be heard in municipal, county, or mayors’ courts in Ohio, but common pleas courts have jurisdiction to hear all criminal felony cases that occur within their respective county limits. The jurisdiction is a major difference because this cannot be changed for a common pleas court without a constitutional amendment while the other three types of courts can have their jurisdictions regulated by statute.

Every county, including Franklin County, has a common pleas court, and many have separate domestic relations, juvenile, and probate divisions. The types of cases that are referred to a common pleas court are generally serious matters that may involve significant penalties, including heavy fines and terms of imprisonment.

Do you have a case that is set to be heard in the Franklin County Court of Common Pleas? It is in your best interest to make sure that you have skilled and knowledgeable legal counsel.

Award-winning Franklin County Court of Common Pleas attorney Brian Joslyn of Joslyn Law Firm is licensed to practice in all 88 common pleas courts in the Buckeye State. He will give you an honest and thorough evaluation of your case as soon as you call right now to take advantage of a free consultation.

The jurisdiction and powers of common pleas courts are established under Ohio Constitution Article IV § 4. These courts may hear matters relating to business, personal injury, or real estate, but they also hear all criminal felony cases.

Some of the most common felony cases these courts handle include, but are not limited to:

Depending on the specific criminal charges involved, a felony prosecution can begin with the filing of a grand jury indictment or the filing of an information by the Ohio Attorney General or the county’s prosecutor. If an alleged offender is indicted, then it typically sets the following sequence of court appearances into motion:

The common pleas court in Franklin is divided into three divisions:

This division has jurisdiction over all felony cases and civil cases in which the sum or matter in dispute exceeds $15,000.

This division is responsible for matters involving the probating of wills, estate administrations, trusts, guardianships of adults and minors, adoptions, and other types of cases.

If you believe you are the subject of a grand jury investigation or you are already facing felony charges, you should make sure that you have proficient legal representation as soon as possible. Joslyn Law Firm represents clients in courts of common pleas in Franklin County and many other areas of Ohio.

Our client was a mother of two and unemployed, with little to no experience navigating the legal system. She found herself charged with a misdemeanor theft offense in Franklin County, Ohio after an incident at a local Von Maur retail store.  After receiving the summons in the mail, our client was immediately unsure of what her options were as a single mother of two and a first-time offender.

We entered a plea of not guilty on our client’s behalf so she could avoid her initial appearance at Court. Our attorneys then immediately began negotiating with the Prosecutor as to what potential avenues our client had available to her. Two court dates later and our client was accepted and enrolled into the Anti-Theft Program. This one-day class still allowed our client to play her role as a single mother of two with little complications.

Additionally, after our client completed her ATP class, we were able to successfully get our client’s case completely dismissed with the Court. With the dismissal of the case, our client is now eligible for expungement meaning the entire case can be wiped off her record as if no charges were there in the first place. Our client can now live on as a productive member of society, free of criminal history.