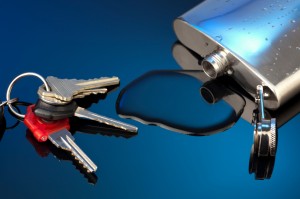 The Ohio Department of Public Safety announced the statewide activity statistics in the Ohio State Highway Patrol Statistics earlier this week.  The report correlates to recent efforts by Ohio law enforcement to intensify force on a variety of criminal driving offenses.  Statistics show an increase in a majority of police involved activity for crimes concerning highway patrol year to date (YTD) compared to last year’s arrests in relatively the same time frame.

The report accounts for Ohio State Highway Patrol involved activity concerning reported crime from January 1st to April 23rd 2012 as opposed to the same time frame back in 2011.   Among findings, the total amount of enforcement stops, or stops where the officer either issues a ticket for criminal activity or makes an arrest, has already increased from 139,255 by this time in 2011 to 161,271 in 2012, which attributes to an overall increase of 22,016 enforcement stops.  Non-enforcement activity, including warnings and motorist assists, also shows an increase this year by 26,406 stops.

This year, Ohio State Highway Patrol has adamantly implemented harsh tactics to catch impaired drivers in an effort to prevent traffic crash fatalities.  Statistics reinforces efforts to reach their objective, showing a significant increase of 835 OVI (operating a vehicle while intoxicated) arrests so far in 2012.   In 2011, OVI-related fatal crashes were responsible for 40 percent of fatal crashes in Ohio.  So far, fatal crashes are down compared to statistics at this time last year.

The Ohio State Highway Patrol has no intention on slowing down either. More and more people across the state are expected to experience the new standards on impaired driving across Ohio.  If you have been arrested or become arrested in the future for an OVI in Columbus, or a different criminal offense in Ohio, it’s important to have an experienced attorney represent your best interests.  A criminal record can have serious repercussions, and you have rights that can help protect you from having an offense on your record.

As a Columbus criminal defense attorney I will do whatever it takes to fight the charges against you.  Call (614) 444-1900 to schedule a free consultation where we can discuss your case in detail.  Together we can build a strong defense tailored to keep your future and goals from being harmed by the accusations you face.  Call Joslyn Law Firm today if you have been accused of a crime in Ashley, West Jefferson, Hanover, Lancaster, Williamsport or another area near Columbus.