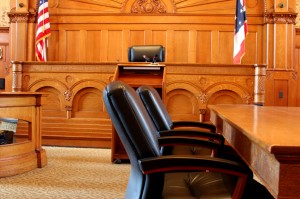 Undoubtedly, DNA testing can help identify an attacker and also prove someone’s innocence after being wrongfully convicted. DNA testing has changed the way the criminal justice system works; however, there is some debate in the courtroom about whether the use of DNA testing to convict a person accused of a crime, particularly in sexual assault cases, proves an effective measure for a conviction.

DNA results do not establish the accused attacker committed a crime but shows that the accused attacker was at the scene of the crime. Often times many other factors weigh heavily against DNA tests. Ohio Rev. Code § 2907.02 in order to charge a person with a rape crime in Ohio, the offender must have allegedly engaged in sexual conduct with another person by making that person submit through the use of force or threat of force engaged in sexual conduct with another person, and meet at least one or more of several other elements involved, such as:

• They substantially impaired that person’s judgment or control in order to prevent resistance, by giving that person drugs, controlled substances or some other intoxicant by force, threat of force or deception;
• The other person is less than 13 years old; or
• The alleged offender knew or had reasonable cause to believe the other person’s ability to resist or consent was impaired by a mental or physical condition, or advanced age.

There are several problems with the proposed bill, one lies greatly in the matter of monetary funding. Lab testing is expensive. Why pay for evidence in closed cases versus creating legislation allowing the victim to opt-in to the rape kit lab test? It remains pointless to have evidence if there is not a case and waste taxpayer dollars.

Furthermore, not only does a prosecutor have to prove the accused defendant was at the scene of the crime, but he/she must prove beyond a reasonable doubt the accused attacker committed the crime, as well. A positive DNA test does not necessarily validate this burden of proof.

Also, the person and/or forensics lab that administered the test often times becomes a factor towards whether the DNA test can even be used as evidence in the case. The court must show whoever administered the test was capable of doing so. If the person who conducted the test has been fired for any reason, it may show they were incapable of performing such an exam and courts can throw out the DNA testing as evidence.

All in all, it’s an idealistic idea, but unlikely. With thousands of old, closed sexual abuse cases and hundreds of new cases a day, sending all (new and old) rape kits off for DNA testing, regardless if the cases goes to trial or the victim chooses to prosecute the accused attacker or not, seems highly expensive and may prove incompetent in its desired purpose.

Sex crimes are a serious matter and can have harsh consequences to a man or woman’s future, reputation and quality of life. Punishments can be severe and can include thousands of dollars in fines and life imprisonment. If you have been accused of a sex crime in the state of Ohio it is important to understand your rights. Contact an Ohio sex crime attorney who can help you determine the appropriate path to defense you need to take according to the details of your case if you have been accused of rape, prostitution, sexual battery in Columbus or any other sex crime.