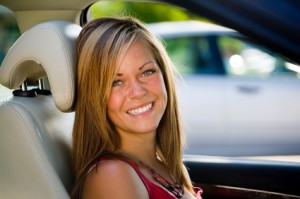 Changes to Ohio traffic laws get underway this month after Ohio Governor John R. Kasich recently signed House Bill 99 into law.  June 1 marks the beginning of the new law being put into place; however, drivers can expect a 6-month warning period after the effective date.  During this time, law enforcement officers will issue warnings, not citations.

Potential consequences to the texting while driving ban vary heavily depending on the driver’s age.  The law more strictly focuses on drivers under the age of 18, since minors have the highest risk for serious traffic accidents involving texting while driving. The law prohibits all drivers under the age of 18 from using any handheld electronic devices, such as cell phones, GPS and navigation devices, laptops and other possible distractions while behind the wheel.

Also, for drivers under the age of 18, the law classifies the new driving restrictions as a primary offense, meaning a police officer can cite the driver for using a handheld cell phone or other potable device without being cited for any other traffic offenses; while for adult drivers the law considers the violation as a secondary offense, and law enforcement may only charge adult drivers for the offense while citing for another traffic violation. So, drivers over 18 years old may be fined for distracted driving if they are pulled over for another traffic violation, such as speeding, causing an accident due to distracted driving or another traffic crime in Columbus or other area in Ohio .

Efforts to reduce serious injury motor vehicle crashes and auto accident fatalities related to distract driving have been increasing in nearly every state throughout the nation. For the first violation in Ohio, adult drivers can expect to receive a $150 fine and a 60-day suspension of his/her driver’s license; while teenage drivers may receive a $300 fine and loss of their riving privileges.  Penalties would increase for subsequent violations regarding cell phone use while driving.

While the new law may help tackle distracted driving accidents in Ohio on a broader level, the new law doesn’t come without discrepancies.  There are potential rights violations in question when considering how police will enact the law, such as how to distinguish a minor from an adult driver, since minors can be pulled over and charged for the violation as a primary offense while adult drivers would have to commit another violation before police could enforce the law onto them.  This may cause hassles for young adults who are pulled over and cited for texting while driving when the officer may have assumed he/she were a minor.

Regardless of why you are pulled over or cited, it’s important to know your rights.  If you become accused of a traffic crime in Columbus such as texting while driving, reckless driving, driving with a suspended license, a hit and run or another traffic violation in Ohio, call Joslyn Law Firm to schedule a free consultation about your case.  Joslyn Law Firm takes cases concerning traffic violations, DUI and other criminal offenses in and around Columbus.  As a Columbus traffic crime defense attorney, I’m dedicated to Protecting Your Rights.  Call (614) 444-1900 or 888-USA-RIGHTS to make an appointment today.