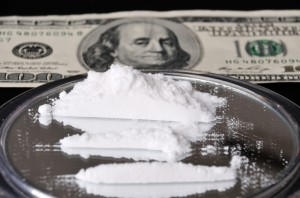 Currently, almost half of the people serving time in federal prison are doing so because of drug charges. U.S. Attorney General Eric Holder recently hinted that he is unhappy with that, and would like to change it. “I think there are too many people in jail for too long, and for not necessarily good reasons” (Wilkey, Robert “Eric Holder May Release Sweeping Drug Sentencing Proposal, Admits Current Practices Are Discriminatory”), Holder said in a recent interview. It is rumored that Holder is proposing major reforms in drug sentencing, which could mean shorter sentences for minor drug offenses, as well as an overall structural change in drug sentencing.

Holder also suggested that our current laws associated with drug sentencing may be discriminatory. “The war on drugs is now 30 or 40 years old. There have been a lot of unintended consequences. There’s been a decimation of certain communities, in particular communities of color” (Wilkey).

Holder has recently received criticism for publicly embracing a “laissez-faire” attitude towards laws regarding marijuana, but he has also garnered some support. “The country is in a bipartisan moment that makes major criminal justice reform possible,” said Bill Piper, Director of National Affairs of the Drug Policy Alliance. “You see it with bipartisan bills in Congress and bipartisan calls for sentencing reform. There’s an opportunity that the administration realizes it can take advantage of, and I hope that they do”(Wilkey).

The recently introduced bipartisan bills Piper eluded to include bills like the Smarter Sentencing Act, which would lower mandatory minimums in sentencing, and the Justice Safety Valve Act, which would give judges the ability to use their discretion on sentencing from case to case.

If reform bills are passed to change our current drug sentencing structure, they will undoubtedly have a major impact on the way individuals who commit drug related crimes are sentenced. They may also substantially affect the way marijuana usage is governed in America. It is important to understand that although these bills may lessen the potential punishments for drug related crimes; they will not suddenly make all illegal drug use legal. If you are charged with a drug related crime before or even after a drug sentencing reform bill is passed, you may be facing time behind bars. In order to protect your freedom, consult with a qualified Columbus drug attorney who may be able to help you avoid any significant penalties.