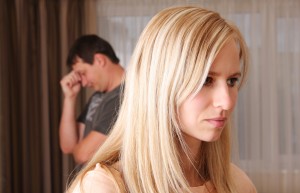 One Ohio county is changing the way in which domestic violence cases are handled and prosecuted. A court created nearly four years ago has seen success in helping those facing felony domestic violence charges get treatment rather than an automatic jail or prison sentence.

According to WKYC, Summit County created the state’s first Felony Domestic Violence Court in 2011 in Akron. Since its inception it has seen several success stories. Similar to other diversion courts, offenders are granted the option of completing a specialty program instead of harsh punishments.

The goal of the program is to focus on getting to the real reason the abuse occurred, which includes holding the person accountable for his or her actions, according to the report. This can include a 52-week batter intervention program.

In these cases, the victim has to agree to allow his or her abuser to enter into the program. Once in the program, a participant could be required to abstain from drug and alcohol use, regularly submit to drug and alcohol testing, agree to be given employment assistance and be monitored through a prosecutor and a probation officer.

They also could be required to attend weekly group meetings with others who are dealing with domestic violence-related issues.  This is part of the way in which the program works to help the person address why he or she committed the actions leading to the domestic violence charges.

Judge Paul Gallagher, who is in charge of handling the cases, and prosecutor Angela Alexander have said they have about a 75 percent success rate of defendants who complete the program and do not re-offend, according to the report.

Although every domestic violence case in Ohio can be handled differently, some could require mandatory minimums sentences. The punishment for cases in the Franklin County area can change depending on several factors, including where the case is handled, the alleged offense, the type of victim and the severity of the crime.

Generally, when a person is charged with a fifth-degree felony domestic violence offense, he or she could face imprisonment up to one year, fines up to $2,500 or both. This charge usually occurs if a person is accused of domestic assault or violating a protective order.

Domestic assault, menacing by stalking and endangering children all could be punishable as felonies of the fourth degree in Ohio. Penalties for these types of offenses can include imprisonment for up to 18 months, fines up to $5,000 or both.

Third-degree domestic violence felony offenses could include violations of protection orders, sexual battery, assault and endangering children. These generally could be punishable by up to five years in prison, fines up to $10,000 or both.

When a person is charged with a second-degree felony, he or she could expect harsher penalties, including up to eight years in prison, fines up to $15,000 or both. Offenses in this category could include sexual battery and endangering children.

Although a diversion program may not be available to felony domestic violence offenders in the Franklin County area, an experienced Columbus domestic violence attorney at Joslyn Law Firm can help you get a favorable outcome in your case. No matter the situation, we can fight to have your charges reduced or even dropped. Call (614) 444-1900 or contact us online to learn more about your options in Ohio domestic violence cases.