Constructing Defenses Against Sexual Assault and Other Sexual Crime Charges 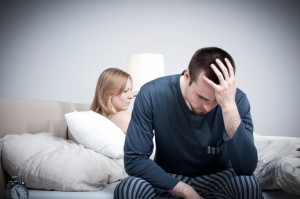 When a person is accused of sexual assault or another sexual offense, he or she often is faced with the challenge of proving his or her innocence long after the charges have been dismissed. This has been true for several college students in recent years.

According to a Fox News article, an Amherst College student accused another student of rape 21 months after the alleged incident. The person accused of the offense was expelled from the campus, despite evidence showing the act was consensual, according to the article.

In this scenario, only a finding that he was “more likely than not” guilty was necessary. This seems to be common in many campus procedures as schools become more determined to crack down on sexual assault accusations.

Another student who was accused of raping a fellow classmate at Columbia University is suing the university, claiming she harassed him. According to the article, a professor at the university allowed the alleged victim to carry a mattress on campus as part of a senior art project concerning the alleged offense, even after the student was cleared of rape charges.

In some cases, criminal investigations have found the alleged attackers to be innocent, but the university had a different opinion. A student at University of North Dakota in 2010 was charged with sexually assaulting a fellow student, found guilty by a campus tribunal and later expelled. Months later, police charged the alleged victim for deliberately falsifying the charges.

Any time there is an accusation of sexual battery or another sexual crime, building a defense as soon as possible is critical to fighting the charges. The most effective way to weaken the prosecution’s case could be to do so before the case even goes to trial. This also could help in any administrative matters regarding the charges.

In many sexual assault cases, especially those involving incidences at higher education institutes, it is the word of the victim against the word of the accused. Proving a person’s innocence seems like a daunting task, but there are several strategies that could be used.

One of the most commonly used defenses to accusations of a sex crime is that the sexual activity that took place was consensual. This is common in these higher education cases. Sometimes students will partake in consensual sex and the alleged victim will claim that he or she was sexually assaulted.

Other times, the alleged accuser and his or her criminal defense attorney can challenge the word of the alleged victim. If the victim is lying about the offense, the defense could dispute his or her claim of the act. Having an alibi could be beneficial in this defense.

In some scenarios, the defense could admit the sexual act occurred, but argue it was not done illegally. Although this sounds complex, it could be done. Examples of this include:

In order to determine what defense option is best for you, it is important to contact a sex crimes defense attorney immediately. Brian Joslyn can analyze your case and choose the defense option that gives you the best chance of avoiding the penalties associated with your alleged offense. Call (614) 444-1900 to schedule a free consultation immediately.