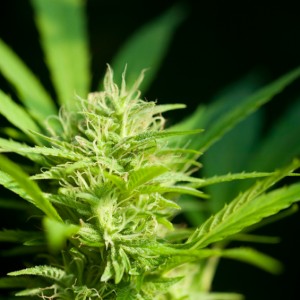 A pro-marijuana organization in Ohio plans to begin collecting signatures for a proposed law that would allow certain cannabis crimes to be expunged once the controlled substance becomes legal in The Buckeye State.

ResponsibleOhio, a political action committee trying to legalize medical and recreational marijuana in Ohio, has drafted what is referred to as the Fresh Start Act. This would allow those convicted of certain marijuana offenses to have those records expunged or destroyed, according to the Columbus Dispatch.

The Ohio Ballot Board voted 3-2 Wednesday to give ResponsibleOhio permission to begin collecting the necessary 91,677 signatures of Ohio voters to move forward in the statute process. If approved, the expungement language would be separate from its original proposal to legalize marijuana.

This minor misdemeanor currently is punishable by a fine up to $150. A first offense likely would not result in a jail sentence. Although it is a misdemeanor, a conviction could have serious consequences on a person’s future, and expunging the record could be beneficial.

Some argue the Fresh Start Act is not needed because minor possession offenses already can be sealed. In some cases, however, record sealing does not protect the person’s past enough. The information still can be found through background checks and internet searches. Expungement would be more thorough.

According to Ohio Rev. Code § 2953.32, a person currently may be eligible to seal his or her criminal record if he or she is a first time offender or a misdemeanor offender who has completed all of his or her sentencing requirements. A misdemeanor record would have to be sealed one year after completing the requirements.

Once the signatures have been verified, the Ohio General Assembly has four months to act on the law, according to the Columbus Dispatch. If the law is changed, rejected or not acted on, the committee would need to collect another 91,677 signatures to put the law before voters on the statewide ballot.