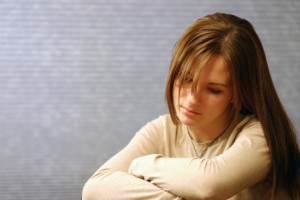 Until last month, the addresses of domestic violence victims were included in public records. This means the home address of a domestic violence victim could be accessed by anyone, including the former abuser, during a public records search. Having a former abuser, stalker, or rapist with access to a victim’s address can have disastrous consequences.

In January 2016 the Ohio Legislature passed House Bill 359. House Bill 359 allows domestic violence victims to have their addresses omitted and/or erased from public records. HB 359 is aimed to protect  individuals who have been victimized by:

HB 359 allows victims to withhold their contact information – specifically their home address – from appearing on public records when with government agencies.

The bill allows the Secretary of State’s Office  to assign domestic violence victims an Address Confidentiality Program (ACP) number, which would double as a P.O. Box, to use in place of their own address when:

Additionally, domestic violence victims can also provide institutions of higher education as well as, their employers P.O. Box number in place of their address.

House Bill 359 was proposed after the gruesome 2009 triple-murder of domestic violence victims, Marcia Eakin and her two young children, in which public records where used by her ex-husband to track them down.

This is important, because once registered to vote or with the DMV, contact information is now public for any and every one to stumble upon. Before the passing of HB 359, many domestic violence victims were too afraid to take advantage of it for fear of being tracked down by the information provided while registering.

Many survivors of abuse would rather opt out of voting altogether than have their contact information listed online for their attacker to stumble upon.

Domestic violence charges are arguably the most disruptive and difficult charges to fight. Whether you’re in the midst of a child-custody dispute, have had a silly argument with your spouse that got out of hand, or are facing completely false accusations of abuse from a previous and/or current romantic partner, you should seek a legal professional. Even if the alleged victim does not follow through with the charges, there is still a possibility that you could face stiff penalties such as restraining orders, counseling, and jail time.