Illinois Man Pleads Guilty to Attempted Sex With a Minor 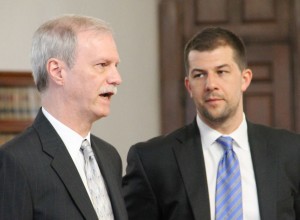 Paul P. Schildhouse, 56, from Aurora, Illinois pleaded guilty on March 22nd, 2016 to one count of attempted unlawful sexual conduct with a minor, which is a fourth-degree felony at Pickaway County Common Pleas Court.  Schildhouse is facing a maximum of 18 months in prison along with a $5,000 fine and plans to be sentenced following a pre-sentence investigation done by the court.  He will also be required to register as a sex offender and if is decided to be imprisoned, must serve five years of post-release control.