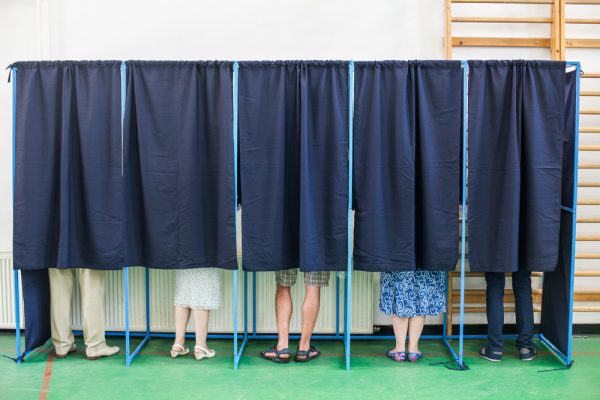 If you were not aware, it is election time and there are a lot of crucial decisions Ohio voters will need to make. Besides choosing a senator and representatives, voters will have to decide on one initiative, Ohio Issue 1.

Issue 1, the Neighborhood Safety, Drug Treatment, and Rehabilitation Amendment, is a proposed constitutional amendment that is designed to reduce the number of people in state prisons convicted of low level nonviolent crimes in Ohio prisons. The state of Ohio spends $26,509 per state prisoner for a total of $1.34 billion a year.

If the measure passes, Ohio law would be changed to:

Those that are already incarcerated for obtaining, possessing, or using controlled substances will have the opportunity to ask a court to knock their conviction down to a misdemeanor as well if the law is passed.

Besides drug offenses, Issue 1 would keep more people out of prison by prohibiting courts from sending felons on probation to prison for non-criminal probation violations.

The savings from the reduced prison population will be redirected to other programs such as addiction treatment, rehabilitation programs, and victims of crimes.

These changes to the law would potentially have significant effects with estimates of number of reduced inmates ranging between 2,700 and 10,000 less prisoners. The state could save $136 million a year if the high end estimates are correct. The latest polls showed that 43 percent of likely voters support the initiative, 39.8 percent oppose, and 17.2 percent are undecided.

This is somewhat surprising since Ohio has traditionally been a red state and the main opponents to Issue 1 are republicans including Governor John Kasich, Lt. Governor Mary Taylor, and the Ohio Republican Party.

If the early polls are any indication, it would seem that Ohioans are looking for a change. The country’s opinion on the dangers of drugs and specifically the dangers of drug users has shifted substantially. How people view Marijuana, as far as its danger to society, has nearly flipped with 66% of Americans now in favor of legalizing the drug.

The Joslyn Law Firm is always up to date with changes in the law and is always looking to leverage these changes to help our clients. We leave no stone unturned and if Issue 1 is passed we will use all of its provisions to help clients that have been arrested or incarcerated. Call us today at (614) 444-1900.