We have a proven track record of success in handling over 15,000 criminal cases and are consistently awarded as one of Ohio’s top criminal defense firms. We are highly experienced Grandview Heights lawyers in Columbus, OH and all of central Ohio. Experience matters when dealing with criminal charges in Franklin County, which prosecutors and judges handle differently on a case-by-case basis. We know what to expect and what to do to get the best result possible. 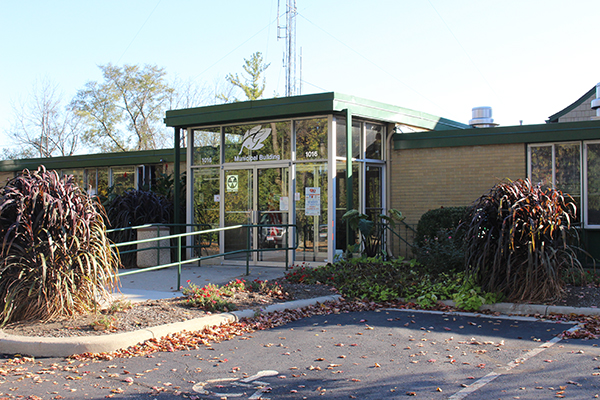 Speeding tickets or traffic violations as well as arrests for other misdemeanor offenses in Grandview Heights may require an alleged offender to appear in the city’s Mayor’s Court. This is a smaller local court that meets twice a month, and failing to appear in court to enter a plea or pay a fine may result in the court issuing a bench warrant for the alleged offender’s arrest.

Not all alleged offenders are necessarily required to appear in court, but it can be beneficial for any person who disputes the charges he or she is facing. All criminal matters should be taken seriously, as the Mayor’s Court has the power to impose fines and sentences of incarceration.

Have you been ticketed for a traffic violation or arrested for a misdemeanor crime in Grandview Heights? You can give yourself the best chance at having your criminal charges reduced or dismissed by having legal representation before appearing in Mayor’s Court.

Joslyn Law Firm represents clients all over Franklin County, and our experienced Grandview Heights Mayor’s Court attorney can fight to minimize the potential penalties you face. Call (614) 444-1900 today to set up a free, confidential consultation that will allow our firm to provide a thorough evaluation of your case.

An alleged offender may be required to appear in the Mayor’s Court if he or she is ticketed or arrested by the Grandview Heights Division of Police for any one of a number of misdemeanor violations of the Codified Ordinances of the City of Grandview Heights or the Ohio Revised Code. Examples include, but are not limited to:

People are prohibited from bringing weapons, food, or drinks to the Mayor’s Court. They are expected to wear appropriate clothing and shoes and men are not allowed to wear hats or caps. Cell phones are required to be on silent mode or turned off and talking is not allowed while Mayor’s Court is in session, except with authorized Court personnel.

The alleged offender’s first appearance in the Mayor’s Court is for his or her arraignment. If he or she pleads of guilty or no contest, then the court will move forward with sentencing. However, if he or she pleads not guilty, then a date will be set for trial.

The Mayor’s Court is not a court of record, so a trial in this setting will not be heard by a judge and jury. Instead, the case will be decided by a magistrate who has been appointed by the mayor.

Alleged offenders have the right to transfer their cases to the Franklin County Municipal Court at any time. Usually, this is done to have a case heard by a jury or have the proceedings recorded, but cases can also be transferred if an alleged offender wants to appeal the decision of the Mayor’s Court.

The possible maximum sentences for misdemeanor offenses under Grandview Heights Ordinance § 501.99 are essentially the same as those outlined under the Ohio Revised Code. If a person is convicted of a misdemeanor offense in the Mayor’s Court, he or she may be sentenced as follows:

Cases involving alleged OVI or driving or physical control while under the influence can also make alleged offenders subject to additional consequences such as possible suspension of driving privileges, court-ordered treatment, or installation of ignition interlock devices on all vehicles owned or driven by the alleged offenders.

Mayor’s Court convenes at 1 p.m. on the second and fourth Tuesday of every month at the following location:

Check, money order, cash, or credit card payments are also accepted at the Police Dispatchers window of the same address between the hours of 8:00 a.m. and 8:00 p.m. any day of the week.

If you have an upcoming Mayor’s Court hearing in Grandview Heights, do not make an appearance without legal counsel. Joslyn Law Firm provides aggressive defense for people throughout Franklin County.

A motorcycle enthusiast took his bike out one summer day and ended up travelling over 100 miles per hour on the freeway. When police attempted to make the man pull over, he led them on a chase across multiple Ohio county lines. Police did finally catch up with him, and in the end, he was charged with a felony of the third degree for fleeing and eluding.

After months of negotiations and reviews of discovery, our attorneys were able to secure an offer for a plea to the offense with a joint recommendation for community control. The next hurdle would be to convince the Judge to follow the joint recommendation and not impose a prison sentence as the presumption for this felony charge would suggest.

The attorneys prepared an extensive sentencing memorandum for the judge, where they explained why the Defendant should overcome the presumption for prison. At the sentencing hearing, the Defendant was sentenced only to a 30-day local jail sanction and given privileges for work release. The Judge noted in the hearing that if it wasn’t for the attorneys’ well-thought out arguments, he would have sentenced the Defendant to prison for his actions.

In the end, our attorneys’ diligence and hard work kept another person from entering the prison. The Defendant was not only able to keep his job, but was able to continue to work while serving his minimal sentence.