We have a proven track record of success in handling over 15,000 criminal cases and are consistently awarded as one of Ohio’s top criminal defense firms. We are highly experienced Grove City Mayor’s Court lawyers in Columbus, OH and all of central Ohio. Experience matters when dealing with criminal charges in Franklin County, which prosecutors and judges handle differently on a case-by-case basis. We know what to expect and what to do to get the best result possible. 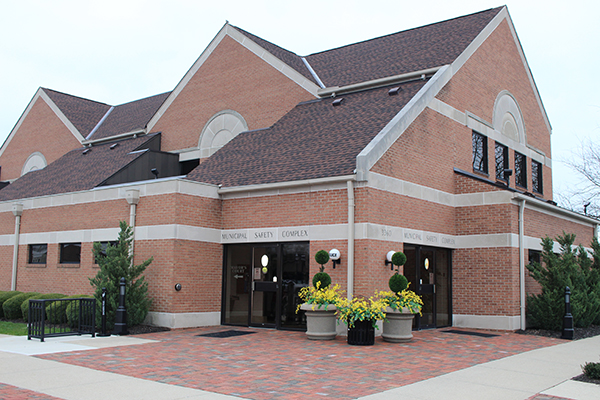 When the Grove City Division of Police issues a traffic ticket or arrests an alleged offender for a misdemeanor offense, criminal charges are often filed in the city’s Mayor’s Court. These types of courts do not have the same set of rules that apply to county municipal courts.

The Mayor’s Court only handles crimes that occurred within the jurisdictional limits of the city’s police department, and cases are decided by a magistrate (a type of judge) appointed by the mayor of Grove City. Charges stemming from certain traffic violations may not require court appearances, but any convictions can still have consequences for alleged offenders.

Were you recently arrested or given a traffic citation in Grove City, Ohio? You may have to appear in the Mayor’s Court and it is in your best interest to seek legal representation.

Brian Joslyn has been named one of the Top 10 Criminal Defense Attorneys on Ohio by the National Academy of Criminal Defense Attorneys, and our Grove City Mayor’s Court attorney defends clients who are facing criminal charges in Grove City. Call (614) 444-1900 today to have Joslyn Law Firm review your case during a free, confidential consultation.

The Mayor’s Court in Grove City handles nearly all misdemeanor crimes committed in Grove City, except for domestic violence cases and second offenses involving Operating Vehicle Under the Influence of Alcohol or Drugs (OVI) offense and driving under OVI suspension. The court hears cases at the following times every Wednesday:

Generally, the first step in the Mayor’s Court process is the arraignment hearing at which point an alleged offender will enter a plea. If he or she pleads not guilty, then the court will schedule a date for a trial.

However, a trial in the Mayor’s Court is not the same as traditional trials in municipal courts. Instead of an alleged offender having his or her case decided by a jury of fellow citizens, the decision is made solely by the magistrate of the Mayor’s Court.

Under the Grove City, Ohio Code of Ordinances, the Mayor’s Court may impose the following punishments, depending on the classification of the alleged offense:

In drunk driving cases, an alleged offender is also subject to a period of driver’s license suspension regardless of whether he or she was charged with driving or physical control while under the influence under Grove City Code § 333.01 or OVI under Ohio Revised Code § 4511.19.

The Mayor’s Court is in session from 9 a.m. to 5 p.m. on Wednesdays at the following location:

The people who are responsible for handling cases in Grove City include:

It is important to understand that the Mayor’s Court in Grove City is not a court of record. This means that unlike traditional municipal courts, the proceedings are not recorded by a clerk or reporter.

However, an alleged offender has the right to transfer his or her case to the Franklin County Municipal Court at any time if he or she prefers a court of record to hear his or her case or for any other reason. It is wise to discuss such a request with an attorney, as this may or may not be in a person’s best interest depending on specific aspects of the case.

The Franklin County Municipal Court is also where alleged offenders can appeal their convictions to if they have been convicted or changed their minds after initially pleaded guilty to charges in the Mayor’s Court. Appeals usually need to be filed within 10 days of the date of conviction.

If you were issued a traffic citation or arrested for a misdemeanor offense by the Grove City Division of Police, you will likely have your case heard in the city’s Mayor’s Court. In these cases, it can be extremely beneficial to have legal counsel who understands who these types of court proceedings work.

Brian Joslyn is an award-winning Grove City Mayor’s Court attorney, and Joslyn Law Firm fights for clients all over Ohio. You can have our firm review your case when you call (614) 444-1900 right now to take advantage of a free legal consultation.

At only 18 years old, our client found himself in the wrong crowd. He was caught up in a life of illicit activities which included being addicted to numerous drugs. After entering a residence through an unlocked door, our client began throwing out items from the second story window. He was confronted shortly afterwards by the residence and our client lied stating he was their roommate returning home from work. This instance resulted in our client being charged with Aggravated Burglary.

Knowing that the Defendant needed help for his drug issues, the Attorney argued extensively with the Prosecutor. Throughout the negotiation process, the Prosecutor was adamant on giving the Defendant four years in prison for his actions. Through extensive investigation, discovery, and negotiations, our client was ultimately accepted into a Diversion Program that focused on drug rehabilitation. Once he completed the program, our client was able to get his charges dismissed.