We have a proven track record of success in handling over 15,000 criminal cases and are consistently awarded as one of Ohio’s top criminal defense firms. We are highly experienced Worthington Mayor’s Court lawyers in Columbus, OH and all of central Ohio. Experience matters when dealing with criminal charges in Franklin County, which prosecutors and judges handle differently on a case-by-case basis. We know what to expect and what to do to get the best result possible. 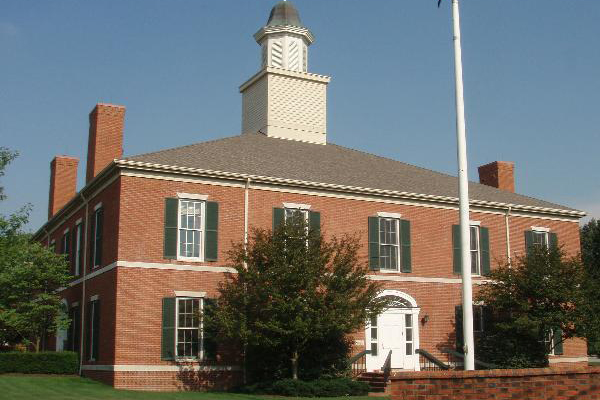 Traffic violations and other criminal misdemeanor cases in Worthington are handled in the city’s Mayor’s Court. Not all of these cases require alleged offenders to attend court hearings, as people simply opt to pay fines in person, by mail, or by fax without appearing in court.

However, many violations of state law or city ordinances usually do require alleged offenders to attend arraignment hearings to respond to the charges and enter pleas. These matters should be taken seriously, as convictions or guilty pleas in certain cases can have particularly profound consequences.

If you were recently arrested or you received a ticket in Worthington that indicates you will need to appear in the Mayor’s Court, it is critical for you to understand all of your options. Joslyn Law Firm helps clients all over Franklin County who are facing traffic citations or misdemeanor criminal charges.

Award-winning Worthington Mayor’s Court attorney Brian Joslyn provides aggressive legal defense in all types of these cases, and he is committed to achieving outcomes that result in minimal penalties for the people he represents. You can have our firm review your case by calling (614) 444-1900 right now to arrange a free consultation.

The Mayor’s Court handles traffic violations and other misdemeanor crimes that occurred within the city of Worthington. The tickets given to alleged offenders indicate whether they are required to appear in court. Whether appearances are required or not, all alleged offenders have the right to contest the charges they face by appearing in court and entering not guilty pleas.

If an alleged offender pleads guilty or no contest, his or her case moves forward with sentencing. If he or she pleads not guilty, then the case will be set for trial. Some of the most common charges that are handled in the Mayor’s Court include, but are not limited to:

The Mayor’s Court is not a court of record, which means that there is no court reporter and any trial in this court will not be heard by a jury. However, all alleged offenders have the right to transfer their cases to the Franklin County Municipal Court at any time.

Whether it is a matter of personal preference or a genuine concern about fairness, there can be advantages to having your case heard in the Mayor’s Court. This often depends on the specific charges that you are facing, and an experienced lawyer can determine which venue and what approach might be the most beneficial.

It is critical to remember that even if a person is convicted in the Mayor’s Court, he or she can still appeal the decision to the Franklin County Municipal Court. However, alleged offenders only have a small amount of time to file such appeals.

Mayor’s Court sessions take place every Tuesday at 6 p.m. except for when holidays fall on Mondays, in which case court is held on Wednesday at 6 p.m. The court meets at:

Worthington’s court is somewhat unique because unlike other Mayor’s Courts that are overseen by magistrates appointed by the mayors, the actual mayor of Worthington—who is an attorney—is the person who will preside over cases. The full staff includes:

Under Codified Ordinances of City of Worthington § 501.99, an alleged offender who is convicted of or pleads guilty or no contest to a criminal offense may be subject to the following statutory maximum sentences:

Shouldn’t I just plead guilty and get it over with?

If you plead guilty, you will be convicted of a crime. Along with expensive fines and possibly time in jail, you will have a criminal record that can prevent you from the jobs you want, keep you from getting in school and cause other problems in anything requiring a background search. Do not risk your future. An attorney can identify all defenses and challenges and fight for you.

Can I get records sealed or expunged?

Ohio law does allow for records to be sealed from criminal proceedings, including arrest records. If you are not convicted – including if charges are dismissed – an attorney can help you seal those records without a waiting period. If convicted of a misdemeanor in Mayor’s Court, you will need to wait a year after your punishment is complete.

Can I represent myself in Mayor’s Court?

You can, but it is a bad idea. Prosecutors will not go easy on you, and will have no reason to cut you a deal. The judge will advise you to get an attorney, and will not take you not following his or her advice lightly. When experienced criminal defense attorneys are accused of crimes, they hire a lawyer. You should do the same.

Are you scheduled to appear in the Mayor’s Court in Worthington to address a traffic ticket you were issued or criminal charges filed following a recent arrest? Having skilled legal representation can help you get charges reduced or possibly even dismissed.

Award-winning Worthington Mayor’s Court attorney Brian Joslyn of Joslyn Law Firm aggressively defends clients all over Franklin County and many surrounding communities in local and municipal courts. He will provide a comprehensive review of your case as soon as you call (614) 444-1900 to schedule a free, confidential consultation.

In 2001, a wealthy business owner drove through Columbus Ohio when suddenly he was pulled over for a marked lines violation. Our client argued with the officer for a bit but was then asked to step out of the vehicle so a K9 unit could execute a vehicle inspection. The officer found narcotics within the vehicle which ultimately led to the arrest of the twenty-five-year old. Now confused as to what the next steps are and eager to get out of jail, he entered a plea of not guilty and quickly returned home to Pennsylvania. The client never went to upcoming court dates and paid for the price later.

Unfortunately, this case was nowhere near finished at that time and a warrant was issued for failure to appear. 18 years later, Defendant is arrested in Michigan and awaiting extradition to Columbus to resume the case. Our attorneys were contacted by a relative and were in court the morning of Defendant’s bond hearing. In discussions with the Prosecutor it was clear that this case had been carried on way too long and it was everyone’s goal to resolve it. With creative negotiation, our attorneys worked with the State to reduce the fifth-degree felony to a first-degree misdemeanor. With the State on board, the Court followed the recommendation and our client was charged with a misdemeanor rather than a felony.

We assisted our client in finalizing court documentation before sending him back to Pennsylvania. Our client was more than pleased with not only the result but the efficiency and speed in which our attorneys’ function. This case may have at one point been a complete career breaker, however with the effort of our attorneys, we were able to avoid those significant consequences.