We have a proven track record of success in handling over 15,000 criminal cases and are consistently awarded as one of Ohio’s top criminal defense firms. We are highly experienced Gahanna Mayor’s Court lawyers in Columbus, OH and all of central Ohio. Experience matters when dealing with criminal charges in Franklin County, which prosecutors and judges handle differently on a case-by-case basis. We know what to expect and what to do to get the best result possible. 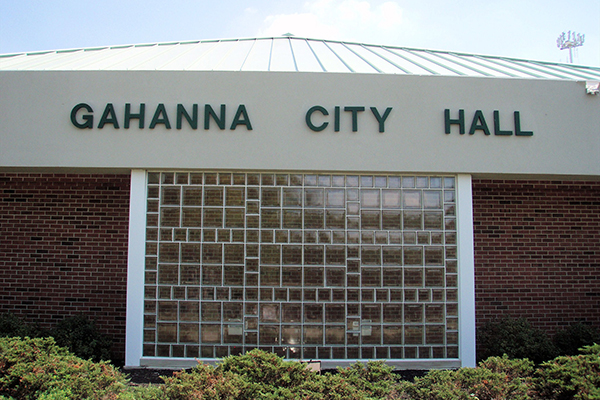 Except for cases involving domestic violence or second offenses of driving under OVI suspension or driving under financial responsibility (FRA) law suspension or cancellation, the Mayor’s Court in Gahanna hears traffic violations and misdemeanor offenses within the jurisdiction of the Gahanna Police Division. During court hearings, people have the opportunity to contest traffic tickets and face criminal charges.

While the Mayor’s Court is certainly smaller than the Franklin County Municipal Court, this does not mean that the possible penalties alleged offenders may face are any less serious. The Magistrate who hears the case can impose a sentence that may include such sanctions as community service, probation, fines, court costs, and jail time.

Are you facing criminal charges in Gahanna that require a Mayor’s Court appearance or do you want to contest a ticket you feel was wrongly issued? Having legal representation can make a big difference in helping you achieve the best result.

It’s important to have an attorney on your side who knows the Mayor’s Court in Gahanna. At Joslyn Law Firm, we practice before the Gahanna Mayor’s Court. We have defended clients in the Court on a wide range of cases, including OVI charges and other misdemeanors.

Call (614) 444-1900 right now to schedule a free, no obligation consultation that will allow our firm to review your case and discuss all of your legal options. Our five lawyers are always on call, and available to people not yet clients from 7 a.m. to 10 p.m. every day of the week. We respond to texts, emails and calls at night, on weekends and holidays.

The Mayor’s Court is in session at 9:00 am every Thursday at the following location:

Not all offenses in Gahanna require Mayor’s Court appearances. All minor misdemeanors and most fourth-degree misdemeanors result in cases that can be closed prior to arraignment hearings by alleged offenders admitting their guilt and fines and associated court costs. Tickets that do not require court appearances include minor traffic offenses such as stop sign violations and speeding citations of less than 20 miles per hour over the posted speed limits.

During an arraignment, the alleged offender is informed of the charges against him or her and also advised of his or her rights. He or she will then have the opportunity to enter a plea. If the alleged offender enters a plea of guilty in which he or she admits his or her guilt or a plea of no contest in which he or she does not admit guilt but does admit the truth of the facts alleged, the Mayor’s Court moves forward with sentencing.

Keep in mind that a trial in the Mayor’s Court is not like the trials people normally see on television where attorneys are attempting to convince a jury of regular people. There is not even a judge in Mayor’s Court trials. Instead, the case is heard and decided by the magistrate of the Mayor’s Court who has been appointed by the mayor.

An alleged offender has the right to have his or her case transferred to the Franklin County Municipal Court at any time so long as he or she requests such a transfer in writing before any court finding has been entered. Some of the reasons people request these transfers include:

Another reason that a case would be moved to the Franklin County Municipal Court is if the alleged offender has been found guilty in the Mayor’s Court and files an appeal at the Clerk of Court’s office. A person only has 10 days from date of his or her conviction to file an appeal.

In additional the U.S. Code and the Ohio Revised Statutes, acts may be criminal acts under the Gahanna City Code of Ordinances. These crimes are misdemeanors, and may be tried in the Mayor’s Court.

Under the Codified Ordinances of Gahanna § 501.99, the Mayor’s Court may impose court costs and any combination of the following sanctions upon an alleged offender who is convicted of a misdemeanor:

The sanctions listed above do not include additional penalties that may be imposed for alleged offenders convicted of their first OVIs. This can include having driver’s licenses suspended for up to three years, and a blood alcohol level of 0.17 or higher in a breath test can result in mandatory restricted license plates (the yellow plates with red numbering) and possibly having to install ignition interlock devices on all vehicles owned or driven by the alleged offender.

Can I go to jail as a result of a charge heard in Mayor’s Court?

Yes, if the charge is more than a minor misdemeanor, there is a possibility of jail time. It is important to take these charges as seriously as any other criminal offense.

Are there any advantages to having my case heard in Mayor’s Court?

If you live in or near the town where your case is being heard, the Mayor’s Court may be more conveniently located. They also frequently hold hearings in the evening, meaning that people do not have to miss work.

Are there any downsides to having my case heard in Mayor’s Court?

Mayor’s Courts do not have juries. If your case would strategically be better heard by a jury, your lawyer can have your case transferred to Municipal Court.

If you have been charged with a traffic violation or misdemeanor offense in Gahanna and have an upcoming Mayor’s Court appearance, it can be extremely beneficial to have legal counsel before stepping foot in the courtroom. Joslyn Law Firm represents clients throughout Franklin County who are facing these types of charges.

The National Trial Lawyers have named Brian Joslyn one of the Top 100 Trial Lawyers in the country, and the National Academy of Criminal Defense Attorneys has named him one of the Top 10 Criminal Defense Attorneys in Ohio. You can have our Gahanna Mayor’s Court provide a complete evaluation of your own case by calling (614) 444-1900 for a free, confidential consultation.