We have a proven track record of success in handling over 15,000 criminal cases and are consistently awarded as one of Ohio’s top criminal defense firms. We are highly experienced Hilliard Mayor’s Court lawyers in Columbus, OH and all of central Ohio. Experience matters when dealing with criminal charges in Franklin County, which prosecutors and judges handle differently on a case-by-case basis. We know what to expect and what to do to get the best result possible. 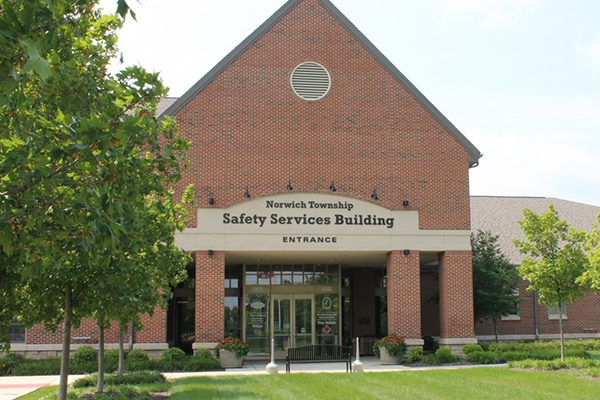 People who have been ticketed by the Hilliard Division of Police for traffic violations or arrested for misdemeanor crimes or first offenses of operating vehicle under the influence of alcohol or drugs (OVI) will usually have their charges filed in the city’s Mayor’s Court. Before an alleged offender appears at a hearing in this court, he or she should understand that the Mayor’s Court does not have the same traditional court proceedings as Franklin County Municipal Court.

Some people are given payable tickets that do not require a court appearance, but others are expected to be in court for their hearings and enter pleas in regard to the charges. Depending on the specific alleged offense, a guilty plea can result in fines but may also include a possible term of imprisonment.

If you are facing criminal charges in Mayor’s Court following an arrest in Hilliard, Ohio, it is in your best interest to have legal counsel. Joslyn Law Firm helps clients who have been charged with OVI, traffic violations, and many other misdemeanor offenses.

Award-winning Hilliard Mayor’s Court attorney Brian Joslyn fights to get the most favorable outcomes for people throughout Franklin County and surrounding areas. You can have him review your own case and discuss your legal options by calling (614) 444-1900 right now to schedule a free, no obligation consultation.

Mayor’s Court sessions in Hilliard are held every Wednesday. Alleged offenders can begin signing in at 7:30 a.m.

A person’s first appearance in the Mayor’s Court is for an arraignment. During this stage of the process, the alleged offender will be read the charges he or she faces and enter one of the three following pleas:

Throughout this stage of the case, the alleged offender or his or her lawyer may attempt to negotiate a plea agreement with the prosecutor. If a deal cannot be struck, then the case will move to a trial.

The Mayor’s Court is not a court of record, so a trial in this setting is not heard by a judge and jury. Rather, it is heard and decided by the magistrate presiding over the case. However, the alleged offender has the right to transfer his or her case out of the Mayor’s Court at any time for any reason.

People usually opt to transfer their cases to the Franklin County Municipal Court for one of the following reasons:

If an alleged offender pleads guilty or is convicted of criminal charges in the Mayor’s Court, he or she may face the following sentences under Codified Ordinances of the City of Hilliard, Ohio § 501.99:

In addition to these penalties under city ordinances, an alleged offender who is convicted of OVI may face additional sanctions under Ohio Revised Code § 4511.19, including possible alcohol or drug assessment and treatment, driver’s license suspension, and possible restricted license plates and/or ignition interlock devices for blood alcohol levels of 0.17 percent or higher.

The location of and contact information for the Mayor’s Court in Hilliard is as follows:

Some of the notable members of the Mayor’s Court staff include:

Questions About the Hilliard Mayor’s Court

If I’m guilty, should I bother to hire a lawyer?

Yes. There is no reason to simply plead guilty and suffer the maximum punishment. An attorney will evaluate your case, determine any defenses or challenges that could be made, and determine the best possible strategy, including negotiating with prosecutors for lesser charges. A lawyer who knows the Hilliard Mayor’s Court inside out is in the best position for that.

Can I get a public defender?

No. There are no public defenders in Hilliard Mayor’s Court. You do, however, have a right to hire your own lawyer to represent you.

How can I get a jury trial?

There are no jury trials in the Hilliard Mayor’s Court. Your attorney can help you determine whether it is best to stay in the court and be heard by the magistrate or transfer the case to Municipal Court, where a jury is an option. You can transfer your case for any reason at any time.

Are you scheduled to appear in the Mayor’s Court in Hilliard to respond to criminal traffic or misdemeanor charges? Make sure that you have legal representation.

Brian Joslyn of Joslyn Law Firm can fight to have your charges significantly reduced or completely dismissed. Call (614) 444-1900 today to set up a free consultation that will allow him to review your case and discuss all of your possible legal defense options.

Our client always had a very promising future ahead of him at only 17-years-old as a high school student with excellent grades. Unfortunately, our client ran into a situation that could have hindered the rest of his life. Our client was in a car full of teenagers that was swerving through an industrial area when a local police officer followed them. While following the vehicle, the officer observed many traffic violations, as well as items being thrown from the window. The officer initiated a traffic stop and observed that the passenger of the vehicle was passed out with an open bottle of alcohol in the back seat. There was also marijuana and drug paraphernalia in plain sight. Subsequently, the Defendant was charged with multiple traffic violations, as well as a delinquency charge.

At the initial hearing, the Attorney was prepared with a list of extracurricular activities, report cards, and volunteer letters. After using this documentation as mitigation material, the State had agreed to accept our client into both traffic and criminal diversion. This enabled our client to continue his education and still participate in extracurricular activities in which he is very passionate about. Once this diversion program is complete, we will request the Court expunge the dismissed case off our client’s record. This is to ensure the case never comes back to haunt him in any way.