Ohio Cracks Down on Prescription Drugs 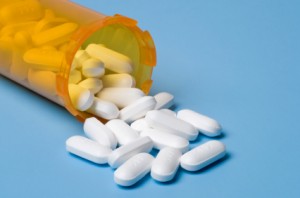 Recently, national news sources have done stories on “pharm parties.” Pharm parties are small gatherings of teenagers who collect an assortment of prescription pills, usually either stealing them from their parents or purchasing them on the black market. They then might dump all the pills in a bowl and will roll dice. Whatever number they roll, they ingest that number of pills, often with a swig of liquor. Some variations use a multi-color die and mix pills that are the same color of the color they roll. Or they may just grab handfuls, like candy. This could be any kind of pills — pain medication, blood pressure medication, diabetes medication — and they almost never pay attention to a doctor’s advice of what can be mixed with what.

It’s scary stuff. But these national news stories can’t quantify how many of these parties actually take place, and it’s impossible to say how pervasive the problem is. We don’t know if this is a common happening in Ohio. These type of stories, however, have caused a good deal more fear. And whenever there’s fear of anything illegal, it tends to lead to stricter laws and more crackdowns.

Crackdowns happen to make people who have been afraid of any given hot topic feel like the government and law enforcement agencies  are doing something about the alleged problems. Just last month, 14 different agencies made 32 arrests of people in the Columbus area suspected of trafficking prescription drugs.

Penalties for possessing prescription drugs without a valid prescription vary. If being convicted for a first offense, it will usually be a misdemeanor of the first degree, punishable with up to six months in jail and $1,000 in fines. Possessing more, however, may lead to greater charges. If you’ve been arrested for prescription drug charges, an experienced criminal defense lawyer could make a big difference in how those charges turn out.

The practices described in “pharm parties” are shockingly dangerous, and parents should be vigilant, both about the whereabouts of their teenagers and of their prescription drugs, to keep them from happening. But as long as there’s this kind of fear, with its genesis in the so-called War on Drugs, and stoked by the media in their quest to sell newspapers, the government is going to do these crackdowns to show that they’re doing something, no matter what the real consequences are. Look for Columbus police and other Ohio law enforcement agencies to make more arrests on prescription drug charges in the future.