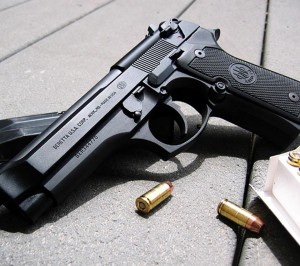 Ohio legislators have proposed a bill earlier this legislative session that would allow some residents in the state to carry a concealed firearm without a permit and without the appropriate training.

According to Cleveland.com, House Bill 147 would allow anyone age 21 or older in Ohio to carry any concealed firearm not specifically banned by law. This, however, would not apply if the person has been banned from legally possessing a firearm, such as a convicted felon.

The bill, which was introduced last week, would be a significant shift from the existing law. Currently, those who wish to legally carry a concealed firearm must obtain a permit from their local sheriff’s department. Before this can be acquired, he or she must complete eight hours of safety training.

A person could be charged with carrying a concealed weapon under Ohio Rev. Code § 2923.12 if he or she does not have a permit and knowingly carries or has:

This gun crime currently is punishable as a minor misdemeanor, misdemeanor of the first degree, felony of the fourth degree or felony of the third degree, depending on the specific circumstances of a case. This could mean jail time, expensive fines and more restrictions.

The permit and training processes would not be required if the proposed bill actually became a law. This means a large portion of the population would be able to legally possess a concealed firearm without having to undergo a training process.

The proposed bill also would prohibit law enforcement officers from searching people or seizing the weapon simply because they are carrying a legal firearm. Landlords could not prohibit tenants from carrying or possessing a gun.

Under current law, if a person is carrying a concealed firearm and is stopped by law enforcement, the individual must immediately inform the officer that he or she has been licensed to carry a handgun and currently possesses the gun, according to Ohio Rev. Code § 2923.12(B).

If a person is carrying a concealed firearm and is stopped by law enforcement, according to current law, he or she must not knowingly disregard or fail to comply with any lawful order of the officer while the person is stopped.

Additionally, if a person is carrying a concealed firearm and is approached by law enforcement, the person must keep their hands in plain sight while interacting with the officer. He or she also cannot remove the gun from a holster nor have any sort of contact with the firearm, unless told by the officer to do so.

If a person violates any of these requirements, he or she could be charged with a minor misdemeanor, misdemeanor of the first degree or felony of the fifth degree. In addition, his or her concealed license may be suspended.

All of these requirements can become a little hazy if the bill passes. Once it is not a requirement to have a permit, the way law enforcement officers handle citizens who are carrying concealed weapons could change. Some of the laws will remain the same, including where possession is prohibited.

For instance, possession of a firearm in a school zone, no matter the lack of permit requirement, still is a violation. Carrying a concealed firearm in a courthouse or a building in which a courtroom is located also would be a violation.

If the bill is approved, Ohio would become the sixth state to change its laws allowing more residents to own and possess concealed firearms. For more information about the proposed legislation, read House Bill 147 here.