Home  »  What You Should Know About Marijuana Possession in Ohio

What You Should Know About Marijuana Possession in Ohio 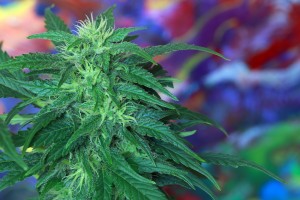 Possession is not as clear-cut a concept as it might initially appear. You do not have to have marijuana on your person, in your car or in your home in order to “possess” it. If it is kept in an airport locker and you have the key, for example, a strong case might exist for possession if you knew what the substance was and that it was in the locker. On the other hand, you might not be considered to have possessed marijuana even if it is found in your car if it was stashed under the passenger’s seat by someone else without your knowledge.  Keep in mind that possession of marijuana includes the cultivation of marijuana plants.

In Ohio, possession of less than 100 grams of marijuana is considered a minor misdemeanor that will result in no criminal record and no jail time.  However, a fine of up to $150 may be imposed.

Possession of 100 – 200 grams of marijuana is considered misdemeanor possession and can result in jail time of up to 30 days and a fine of up to $250.

Conviction of possession of over 200 grams of marijuana is a felony that results in progressively more severe penalties, depending on how much you possessed. Incarceration ranges from six months (for up to 1,000 grams) to eight years (for over 40,000 grams). There is no mandatory minimum incarceration for possession of up to 20,000 grams, although some incarceration is likely for large amounts.

Hashish and Concentrates Such as “Hash Oil”

Possession of marijuana derivatives such as hashish and hash oil is punishable in much the same way as marijuana, except that the amounts required to trigger a given penalty are lower due to the increased potency of these substances.

In Ohio, enhanced penalties apply to possession of marijuana within 1,000 feet of a school, within 100 feet of a juvenile, or by a defendant with a previous drug conviction.