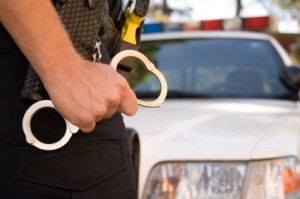 The Ohio House approved a bill this week that would change the requirements to become a law enforcement officer in the state and increase the number of training hours applicants must complete.

The bill, introduced by Republican representatives Tim Derickson of Oxford and Nathan Manning of North Ridgeville, was aimed at improving relationships between local police and their communities, according to The Columbus Dispatch.

The nation has seen increased coverage of controversial fatal police shootings, including the shooting of John Crawford, a 22-year-old black man who was shot and killed last August in a Dayton-area Walmart while holding an air rifle.

Tamir Rice, a 12-year-old black child, was fatally shot in November in a Cleveland park while holding a BB gun. The deaths of these two Ohio residents sparked protests and concern regarding police actions. Some state officials have been examining law enforcement practices.

The new measures in the bill are a result of recommendations for upgrading police training and standards by committees convened by Attorney General Mike DeWine and Gov. John Kasich. The committees were established in response to the protests.

Ohio is one of only three states that does not require law enforcement officers to have a high school diploma or a certificate of high school equivalence before becoming an officer. However, House Bill 204 would make having one mandatory.

If a person has been appointed a police officer before the bill is passed, he or she would not have to meet the requirement. This means the person still could be an officer, if hired for the job before the date of the bill, without a diploma or GED.

The bill also would lift the current training cap of 650 hours, adding the attorney general will not restrict the state police training commission from establishing a higher amount if deemed necessary. This could allow increased training beyond the 650, although it would not be mandatory.

Proper police training is critical in ensuring a person’s rights are not violated during an arrest. Violations often include interrogation without Miranda warnings or in violation of an individual’s Fifth Amendment rights, conducting a search and seizure without probable cause or a warrant and unlawful execution of a search and seizure warrant.

If you are arrested for a criminal offense in Ohio, contacting an experienced defense attorney is important. Contact Joslyn Law Firm at (614) 444-1900 to schedule a free initial consultation and learn more about how to protect yourself after criminal charges.