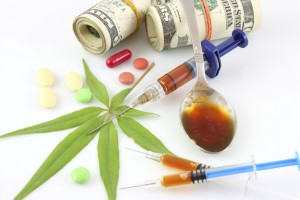 Lawmakers in Ohio are proposing legislation this session aimed at curbing the use of heroin and the abuse of some medically prescribed drugs with the goal of reducing the number of drug overdoses in the state.

One bill directly related to overdoses is the Good Samaritan Bill. The bill, according to Cincinnati.com, would prevent law enforcement from incriminating a person for drug possession if he or she calls emergency services to report an overdose.

A similar bill failed to pass in the previous Ohio General Assembly session because some lawmakers feared it would enable drug use, according to the article. However, others have argued it is needed because drug users sometimes fail to call for help if a companion overdoses.

The bill, however, would have some restrictions. For example, so as to not assist those who could potentially be dealing or selling drugs, the law would not protect those who have more than one gram of heroine, according to the article.

Also, if a person who called for medical help is on probation at the time for a prior offense, he or she would not necessarily be sentenced to jail. A treatment option would be considered as an alternate to incarceration.

Another bill making its way through the legislature is looking to decrease the minimum amount of heroin involved in a trafficking in heroin or possession of heroin violation that could make the offense a felony of the first degree, which is necessary to classify an offender as a major drug offender.

According to Cincinnati.com, House Bill 171 is looking to reduce by 60 percent the amount of heroin that could lead to an 11-year incarceration period.  Under current law, a person who possesses between 50 and 2,500 doses of heroin will be charged with a first-degree felony. This could mean between three and 11 years in prison.

However, the proposed bill would decrease the upper limit to 1,000 doses or 100 grams, which would be similar to penalties for cocaine offenses. Some supporters of the law argue having fewer people incarcerated means more money could be spent on treatment services.

House Bill 4, which also has been proposed in an effort to decrease drug overdoses, would modify existing laws governing the authority to dispense or furnish naloxone, which is used for heroin or other opioid overdoses.

Under House Bill 4, prescribers do not have to be present, which would allow the drug to be more widely distributed to people and those close to drug users who are at risk of an overdose, according to The Columbus Dispatch.

A naloxone bill that the legislature passed last session increased access to the drug. Now, some programs throughout the state distribute the substance. However, this bill would make it more accessible.

Additionally, another bill could require insurance companies to pay for special formulas of pain pills that cannot be crushed, even if they are more expensive than a generic brand. This could be a way to help reduce the abuse of pain medication, some supports say.

Even though changes have been proposed in the legislature, current laws have harsh punishments for the possession and distribution of heroin. If you are charged with either offense, you could face series penalties. Contact Columbus heroin defense lawyer Brian Joslyn at (614) 444-1900 to learn more about how to fight heroin charges.