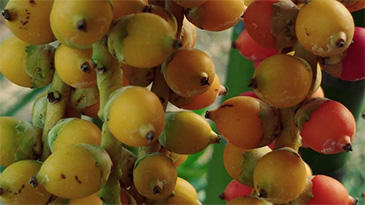 WBNS-TV reported on March 2 that Reynoldsburg police said they believe an international substance known as betel nut was illegally imported to Columbus from Nepal or India. Police said several high school students who immigrated from Nepal were caught with betel nut after they were seen acting dazed and disoriented.

“We believe there’s a euphoric effect but it also seems to affect their equilibrium,” Reynoldsburg Police Chief Jim O’Neill told WBNS. “There’s a general loss of balance and coordination that goes along with the use of this product.”

Health experts told WBNS that betel nut is not a controlled substance but said studies have linked the substance to tooth decay as well as cancer of the mouth and esophagus. WOIO-TV reported that police in the Columbus area are working with the United States Food and Drug Administration (FDA) and the Ohio Department of Agriculture to investigate the health risks of betel nuts in hopes of getting lawmakers in Ohio to take action to ban the substance.

While betel nuts appear to be a substance that teenagers in Ohio have begun experimenting with, so-called “synthetic drugs” have become a major issue in the Buckeye State. On Feburary 7, the Intelligencer reported that a report released by the U.S.-China Economic Security Review Commission found that Ohio has the largest amount of positive lab tests results for fentanyl in the nation.

The Columbus Dispatch reported that the state capital had the seventh-highest homicide rate in the United States last year despite ranking 14th in population. Sergeant Rich Weiner, a spokesman for the Columbus Division of Police, told the Dispatch that drugs contribute to most homicides in Columbus.

Synthetic drugs have grown in popularity in recent years because many people see the products as legal alternatives to controlled substances that deliver similar euphoric effects. Synthetic drugs are often labeled with warnings like “Not for Human Consumption” and are sold in a variety of retail establishments, which can make it all the more shocking for individuals who are later accused of possessing a controlled substance.

While synthetic drugs are basically fake versions of controlled substances, alleged offenders involving synthetic drugs can carry penalties that are just as steep for those associated with traditional illegal drugs. If you were arrested in the greater Franklin County area for an alleged possession of a controlled substance offense involving a synthetic drug, it will be in your best interest to immediately contact Joslyn Law Firm. Brian Joslyn is an experienced criminal defense attorney in Columbus who can fight to possibly get your criminal charges reduced or dismissed.