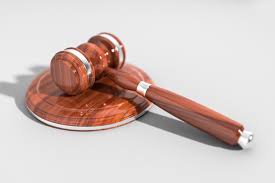 When someone gets arrested for a crime, what happens?

First, law enforcement officers will take the alleged offender to the police station, where they will be fingerprinted, photographed, and will need to provide personal information such as name and date of birth. If they have any personal effects on them, like wallets, purses, rings, and cell phones, these items will be cataloged and stored.

Once someone has been charged with a criminal offense, they are required to make a first appearance in court – this is known as an arraignment. During the arraignment, they will be informed of the charges they are facing and will be informed of their constitutional rights. During this hearing, the alleged offender will enter a plea of guilty or not guilty, and the judge will determine whether bail is available.

Following the arraignment, the defending attorney will request any witness statements, victim statements, evidence and police reports that will be used against the alleged offender at trial.

In felony cases, the defendant is entitled to a preliminary hearing. This will typically happen within ten days of the initial appearance. During this hearing, the defendant’s attorney will ask the prosecution to display evidence that will be used against the defendant. This stage is crucial to have an experienced criminal defense attorney for, as this is the time when flaws in the prosecution’s case can be uncovered.

If a plea bargain is not entered after the arraignment, the case will proceed to trial. In some cases, the judge will schedule a pre-trial hearing. During this time, the defense and the prosecution discuss evidence and may attempt to renegotiate a plea agreement.

The last step is the criminal trial, where sentencing for the charges will take place. The trial must be held within a certain time frame after the defendant has been formally charged. The time frame differs based on the seriousness of the offense.

Getting charged with a crime in Ohio, no matter the offense, is serious and should be addressed quickly and knowledgeably. Hiring an experienced criminal defense attorney can help you understand the process and what next steps should be to ensure a positive outcome. If you or a loved one has recently been charged with a criminal offense, give our office a call as soon as possible: (614) 444-1900.