Ohio Ranks Third in the Country for Reported Hate Crimes 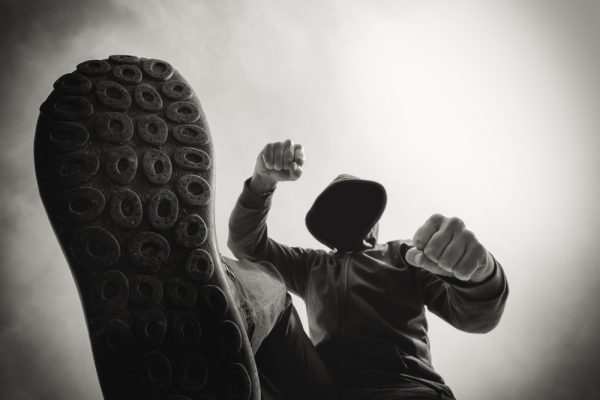 While ranking seventh in total population, the state of Ohio has the dubious distinction of ranking third in number of hate crimes reported, behind only California and New York. Some states with significantly higher populations have significantly less reports of hate crime. For instance Texas which has more than double the population of Ohio and is the second most populated state in the union has well less than half the number of reported hate crimes. Florida, which nearly doubles Ohio’s population had less than a quarter of the reported hate crimes that Ohio did.

Columbus in particular seems to be a hotbed of hate crimes according to the report, more than doubling the number of reported hate crimes of Cincinnati and Cleveland combined. A breakdown of the motivations for hate crimes in the country shows that the majority, 57.5 percent, were based on race, ethnicity, or ancestry. The next two largest motivations were religion, 21 percent, and sexual orientation, 17.67%.

Currently, Ohio’s anti hate crime law is Ohio Revised Code 2927.12, ethnic intimidation. The law elevates crimes such as menacing, aggravated menacing, telephone harassment, and criminal damage or endangering to the next degree if the crime was motivated by race, color, religion, or national origin.

The ethnic intimidation law does not impose heightened punishments for crimes such as assault or murder though. Furthermore, the law does not include protections for sexual orientation, gender identity, age, disability, or military status.

The city of Columbus, by ordinance, does include those classes under ethnic intimidation which might explain why Columbus has significantly higher number of reported hate crime incidences. Either way the statistics are not flattering to the state and prosecutors are keen to do their part to reduce the problem.

Franklin County Prosecutor Ron O’Brien, speaking to WBNS-10TV, even called for a new aggravated murder law that would account for and punish ethnic motives. The only way law enforcement, at this point, can deal with the issue is to prosecute more people for ethnic intimidation.

But with the political climate being what it is in modern America, the police must be careful not to get carried away and arrest people for legitimate discourse. When conversations get heated, it can be easy for police to misread the situation and if they are overly conscious about prosecuting hate crimes, it can lead to wrongful arrests.

If you have been arrested for ethnic intimidation or accused of a hate crime, Joslyn Law Firm is willing to listen to your side of the story and help you show the truth to a judge or a jury. We understand what you are going through and we are here to defend you to the fullest. Reach out to us today at (614) 444-1900.