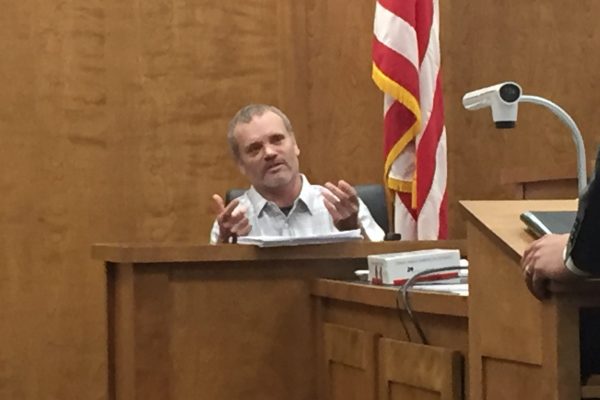 It took the jury only two hours to determine that Delbert Matthews was an innocent man.

Matthews was arrested and formally charged with kidnapping, rape, and two counts of abduction in January of 2019. The allegations stemmed from an occurrence at a Travelodge in Mansfield, Ohio in July of 2018. The alleged victim was his wife, Kim Matthews.

Originally expecting his trial to begin in April, Matthews waited in jail for seven months for his trial’s start. Once the trial began, a series of testimonies were heard including that of Matthews himself. According to his defense attorneys Brian Joslyn and Tamas Tabor, it wasn’t until after the prosecutors had rested their case that the decision to go on the stand was made.

When asked about the decision to allow Matthews to take the stand, co-counsel attorney Tabor declared “I always felt very confident in Delbert’s ability to testify.” Both of his attorneys expressed certainty in his innocence. When Judge Brent Robinson read the verdict aloud, Joslyn was seen firmly embracing his client. For Matthews, his loved ones, and his legal counsel, this case was more than just a legal proceeding—it was a fight for his future.

His defense team cited Matthew’s adamancy about his innocence as a reason why he was found not guilty. In many cases, defendants decline to take the stand. Matthews was insistent, however. Over the course of two hours, he fielded questions from both his attorneys and the prosecutor.

During the process of testifying, Matthews was asked many questions about his account of what happened. Often, the questioning centered around details about his relationship with the alleged victim. Occasionally he was asked to disclose personal information about his behavior.

Answering a question about his client’s testimony, Tabor was quoted as saying: “He opened himself up to a number of embarrassing parts of his life. It was important enough for him to tell you the truth.” That, among other factors, clued his attorneys in on the fact that he was innocent. It seemed to convince the jury as well.

The night of the incident, Matthews maintained that the two had spent several hours at Lew’s Tavern drinking before proceeding to El Charrito for dinner. The alleged victim claimed that they had only met up at the restaurant. After the trial evidence had been submitted, receipts with the alleged victim’s name on it were discovered. The judge, however, denied their submission due to the trial having already begun.

One key piece of evidence submitted for use during the trial was a washcloth that contained Matthews’ semen. It was later pointed out by Matthews himself that the cloth also contained the alleged victim’s makeup. This would end up being one of the items the defense team used as a hinge for their argument.

Throughout his time in jail and during the course of his trial, Matthews had the support of many family members and friends. During the trial, they were there in court supporting him along with several other family members.

The prosecutor, Amanda James, maintained her stance that the alleged victim was telling the truth, but claimed to support the process that issued a not-guilty verdict.

After an arduous trial and more than half a year in jail, Delbert Matthews is a free man.