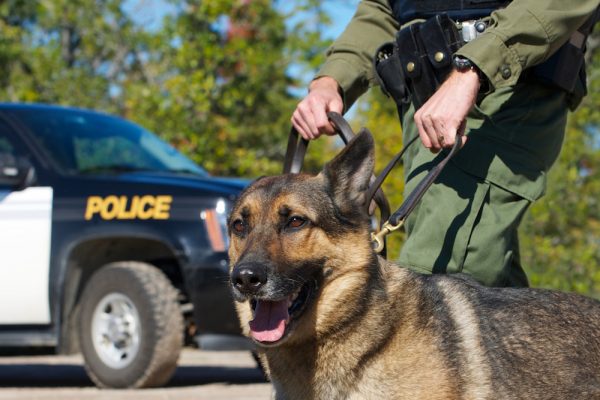 Law enforcement has utilized police dogs for drug searches for years in Ohio. Now, a newly passed law could turn law enforcement’s long distinguished K-9 drug unit on its head. Ohio has recently passed a new hemp law, which states that any cannabis with less than 0.3 percent THC is now considered to be legal hemp. Hemp is a strain of cannabis with low THC and can be refined into a variety of commercial items such as paper, clothing, textiles, biofuel or paint insulation.

The issue with this new hemp legalization law is that it casts a cloud of doubt over whether a drug-sniffing dog could provide sufficient “probable cause” during a drug search. Marijuana and hemp both are from the cannabis family and smell nearly identical so dogs can’t detect the difference. Due to this development, the Ohio Highway Patrol and the Columbus Division of Police are suspending marijuana-detection training for new K-9 dogs until further notice.

Dogs who have been trained to detect certain controlled substances can’t be retrained to stop reacting to that odor. Usually, dogs are trained to identify more than one drug at once such as heroin, cocaine and methamphetamine. The dogs will react the same way no matter which type of drug they smell and the quantity of it. So, officers will have no idea if the dog has detected marijuana or legal hemp since they have the exact same smell.

This has proven to be problematic for Ohio’s local police force as they have 31 current drug-detection canines currently deployed for patrol. The dog’s inability to separate marijuana and legal hemp means their “hits” aren’t sufficient enough to conduct a legal search. Defense attorneys around Ohio are arguing that allowing the dogs to work is a violation of the Fourth Amendment to the U.S Constitution.

To further complicate the issue, it’s estimated nearly 45,000 people received a recommendation from a doctor to use medical marijuana in 2018. This means people who have received cannabis for a medical condition could face unfair searches because a K-9 drug dog’s “hit” is considered enough grounds for a search and seizure.

Columbus Police Chief Thomas Quinlan responded to the issue by stating he will be releasing new policies and procedures to limit hits on cars that might be THC based. He also added that the next two K-9’s will not be certified to detect THC. Columbus City Attorney Zach Klein also laid down new regulations on searches in a memo to law enforcement stating, “a vehicle may not be searched solely because a K-9 trained to alert to marijuana, alerted to the vehicle.”

The memo continues on to say that if the officer smells suspected burning marijuana, this is considered enough probable cause for a legal search. However, the memo also states that if the suspect claims they are smoking hemp officers must assess the totality of circumstances before undergoing a search and seizure.

The new procedures for THC-based search and seizures could have a lasting effect on marijuana arrests in the future. Smell and detection dogs have always been a staple in catching people in possession of cannabis. Officers will have to find new ways to identify marijuana users and we should expect to see the number of possession-related arrested decline this year.